When Lewis and Clark and their party reached the Rocky Mountains, they reached a point at which they did not see a way the river made its way through the mountains. The river makes a series of sharp turns around dramatic cliffs and mountains, hence the Gates of the Rocky Mountains. This was a place I was looking forward to experiencing since the very early planning stages of my trip. And although I’d be approaching the Gates from the opposite side that L&C did, the experience was no less awe-inspring.

I had the pleasure of paddling this stretch with Jim Emanuel, who had paddled the entire Missouri River, and kept on going to New Orleans, last summer. He was very familiar with this stretch of river and was an amazing guide. As an avid fisherman, he also made sure I was equipped with the best lures and bait for doing some real fishing on this stretch of the river.

Jim’s wife Vicki dropped us both off at Hauser Dam. We immediately had to load our gear in our boats and on our carts and roll them down a hill to the put in below the dam.

From there, Jim and I liesurely paddled and fished for the first 10 or 12 miles. I was only slightly alarmed when I heard the sirens going off at the dam, indicating an increase in water release. I learned they even sound the alarm if only releasing very small amounts of extra water, so it’s usually fine to ignore them. We fished for the better part of the day, me with absolutley no success and Jim with pretty decent results – a nice rainbow trout.

Eventually, we made our way into the wide open Hauser Lake and the upstream entrance to the Gates. Late afternoon light made for amazing sights as we entered the dramatic canyon. 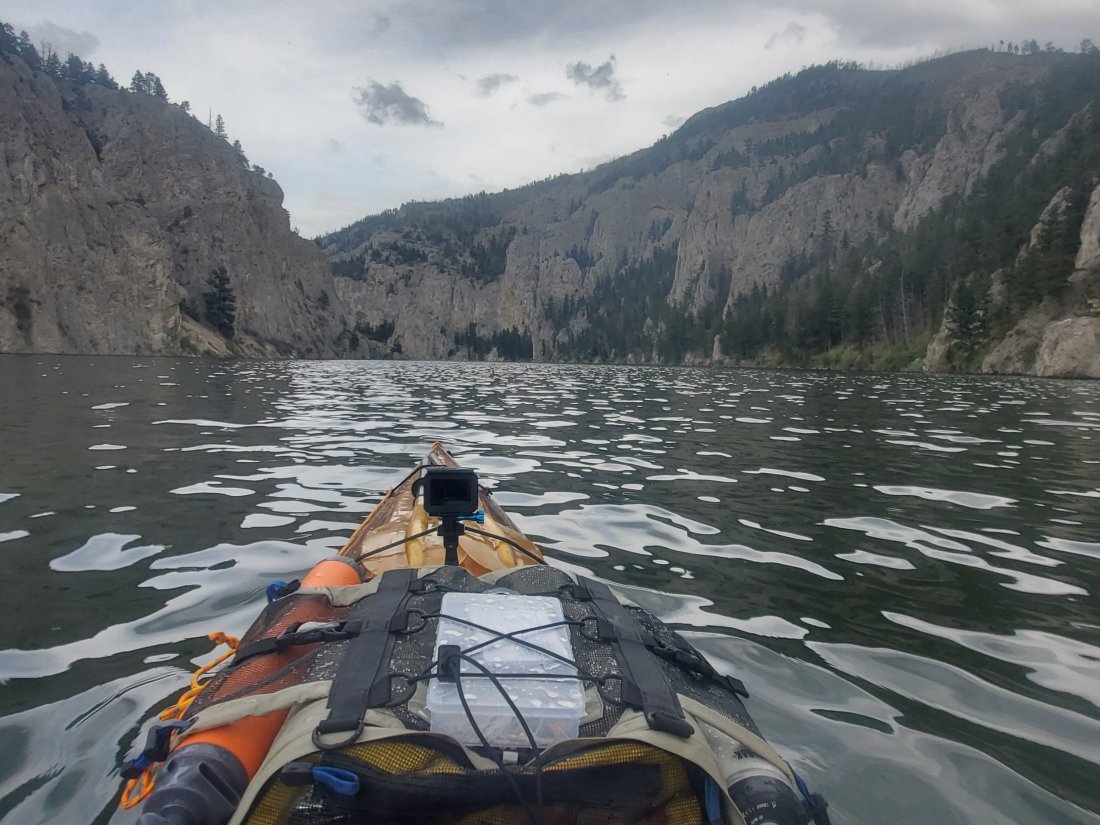 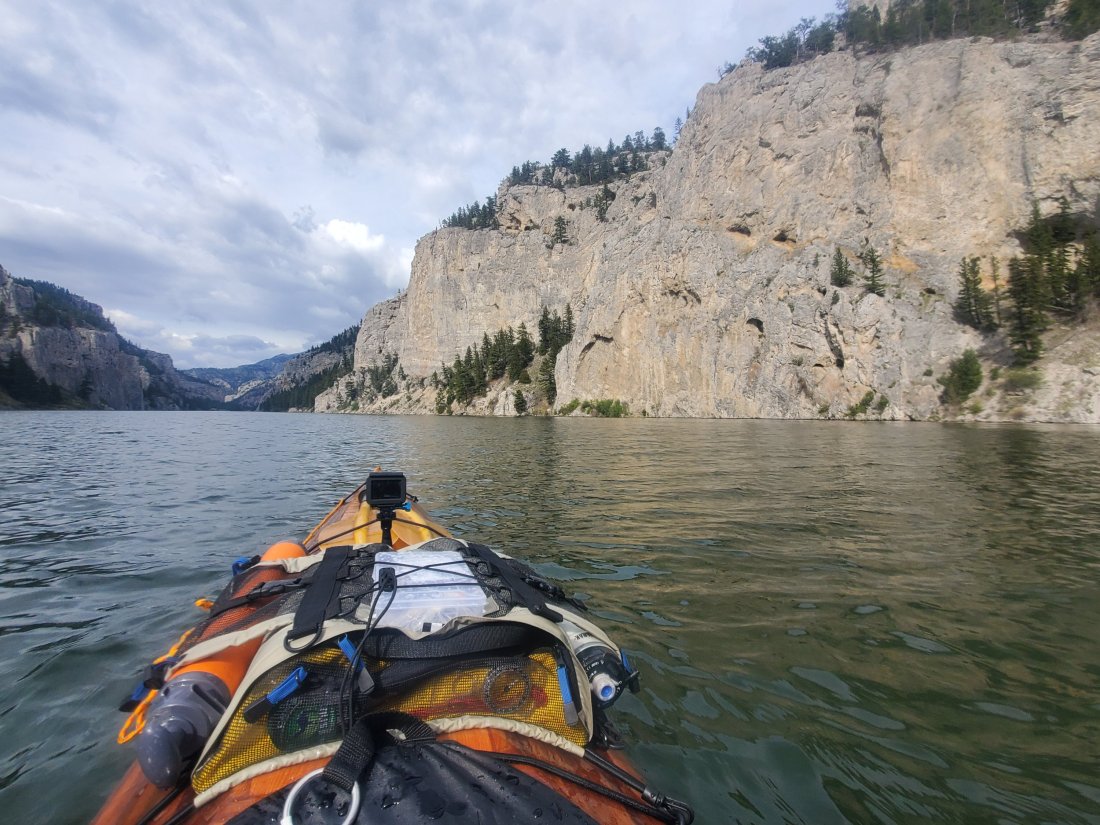 I even got to safely check off an item I’d been wanting to experience on my list: to see a bear. As we entered the canyon, halfway up one of the hillsides was a black bear with its cub. I got a pretty good look with my binoculars. We paddled a few miles into the canyon before finding what’s probably the best campsite I’ve ever stayed at. Jim and I set up camp, built a fire, enjoyed a few beers and some nips of whiskey, shared good conversation and some warm dinner, and were in bed before it even got dark.

In the morning, we paddled about 3 miles down to Mann Gulch: another item I’d been looking forward to during the planning for my trip. In 1949, smokejumpers fighting a wildfire in Mann Gulch were overcome and raced to the top of a gulch to try to reach the ridge to escape the fire. 13 young men died in the fire, 11 not making out out of the gulch. Two more crested the ridge only to die from their injuries.

Jim and I made the 3 mile hike up the picturesque valley. Nearing the ridgeline, we began to see crosses and monuments that had been set up at each spot where a young man had died. We walked to each cross and paid respects, much more real for Jim as a life-long firefighter. We made our way to the top of the ridge and looked down on the other side to the incredible views below and the two crosses down below on the other side. As horrific as the tragedy was, being there in such an incedible place was quite a juxtapostion. The eternal resting place of these 13 men is beyond description in its beauty. It was a truly moving experience for all these reasons. 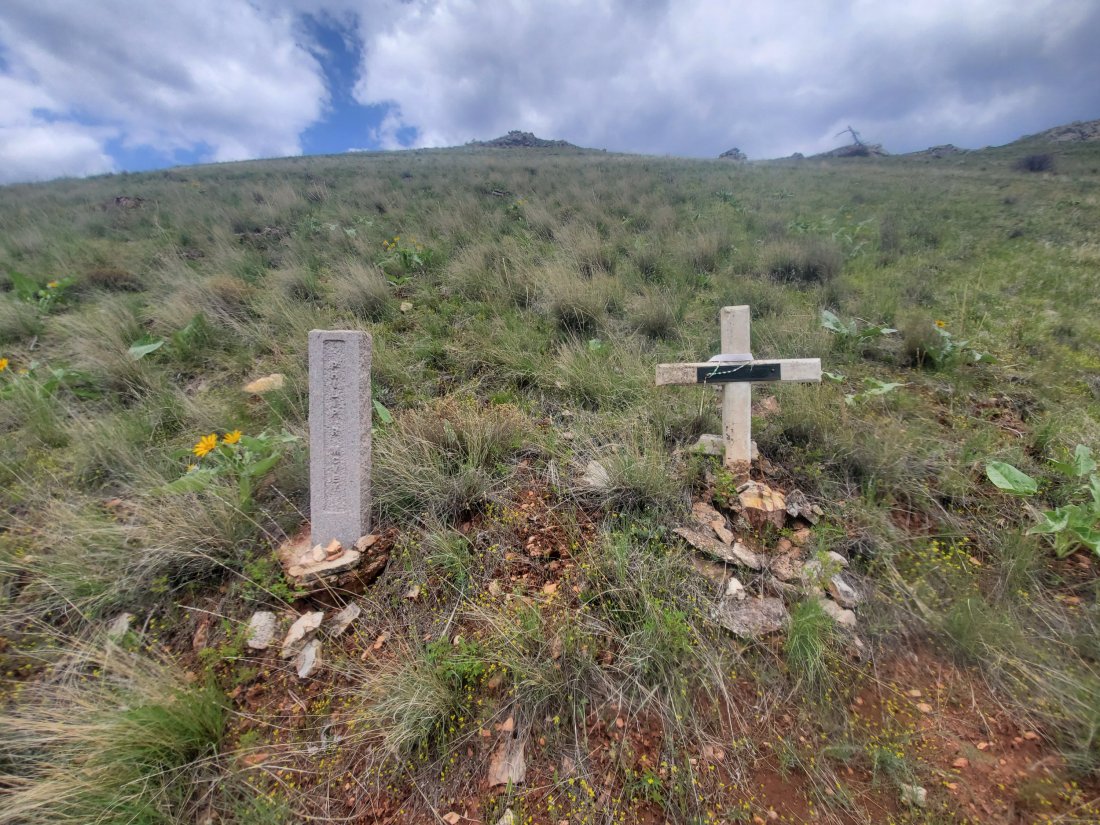 After we descended, Jim and I had a pretty long day of paddling ahead of us, through the rest of a serene and calm Holter Lake, yet another portage down below Holter Dam before setting up camp where the Missouri becomes a river again. A truly inspiring and unbelievable couple of days.